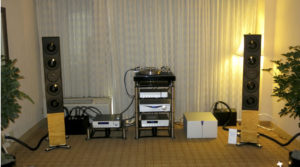 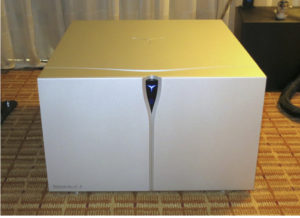 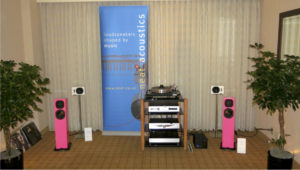 “Neat Acoustics of England makes some great­ sounding loudspeakers, but the company has had a low profile in the U.S. because of on­ again­/off ­again distribution. Now the company has a new distributor, High ­Fidelity Services, and a new generation of the popular Motive line of speakers, priced from $1795 to $2995 per pair. The Motive SX series benefits from an entirely new tweeter based on an anodized aluminum dome. The ultra­-minimalist crossovers feature expensive Mundorf capacitors— [which are expensive in their own right, and thus] surprising at this price point. In addition, cabinet bracing has been improved, and the tweeter now resides its own sub-­enclosure.

The Motive SX line comprises three models; the SX3 ($1795) is a two-way stand­ mount, the diminutive floor standing SX2 ($2395), and the larger floor standing, three driver 2 1/2 way SX1 at $2995 per pair. Each model is available in one of four finishes, walnut, black oak, natural oak, and satin white. I was greatly impressed by the SX2; the sound was smooth, natural, and engaging. The bass extension and dynamics were surprising from a speaker of this size and price. But it was another Neat speaker that absolutely blew me away—the $995 per pair Iota. This tiny monitor, designed to be positioned near a rear wall, features a 4” mid/woofer coupled to a 2”  planar magnetc tweeter. The sound was big, robust, and went far lower in the bass than the cabinet dimensions or woofer size would suggest. But beyond that, the Iota had a sweetness in the midrange and treble that was in sharp contrast with the hardness and glare endemic in this genre. Moreover, the Iota threw a wonderfully developed soundstage. The Iota gets my vote for greatest bargain at the Rocky Mountain Audio Fest. Watch for a review. Incidentally, Neat doesn’t just make entry level speakers. The company offers eleven models, with the flagship Ultimatum XL10 topping out at $31,195 per pair.”

“The UK’s Neat Acoustics is distributed in the US by High Fidelity Services in Braintree, Massachusetts. Here we see the company’s Motive SX2, in sassy pink ($2395/pair), driven by a Sonneteer Orton integrated amplifier ($3795). The digital source was Sonneteer’s Byron CD player ($2795), while vinyl was being spun on a VPI Scout 2 ($2400) with a Dynavector 20­2 XL cartridge ($850). The attractive rack is the Custom Design Ikon 750 Reference ($1475). Neat, indeed.” 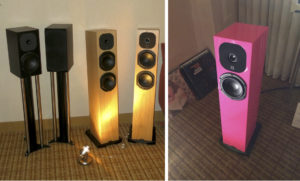